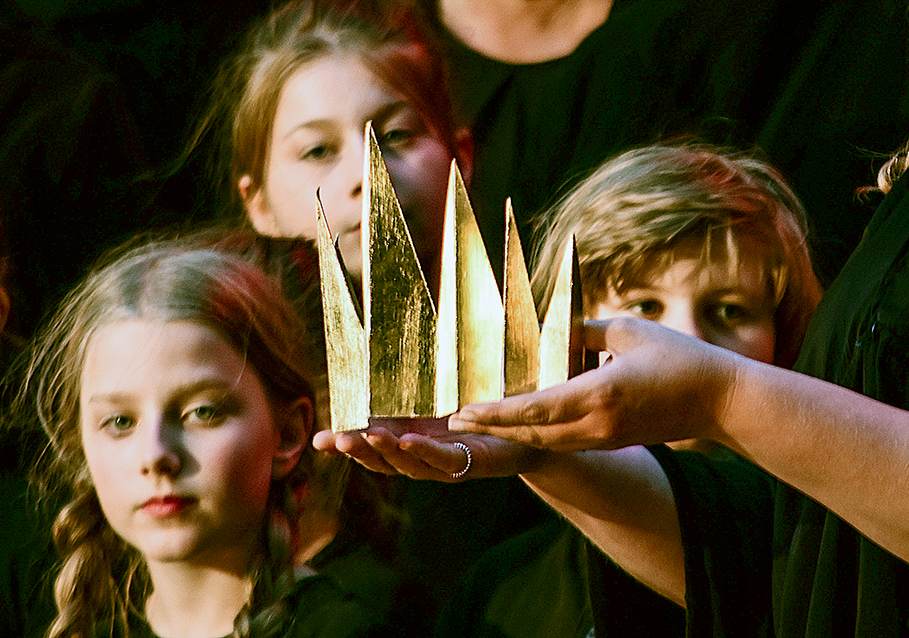 On Friday, November 6, 2020, David Prins, director of Muziektheater Hollands Diep, invited me to design costumes and set for Maria, Empress of Dordrecht, a community project for and by residents of Dordrecht to celebrate the 800th anniversary of their city. Hollands Diep would work together with the Big Rivers foundation and a large group of local organizations and volunteers of all ages. There would be a large orchestra, a substantial mixed choir, a choice of professional and amateur singers and a colorful procession of extras. At that time, the premiere was scheduled for summer 2021.

The story for the performance was loosely based on the historical Empress Maria van Brabant (1190 – 1260) who figured as a pawn in her father's power play. She was married off several times, making her also Empress of the Holy Roman Empire (let's call it 'Germany' for now). Later she married the Dutch Count Willem I and what did he give her as a bridal gift? Dordrecht! Empress Maria would then be the patroness of the city until the end of her long life and used the income to shape her life in freedom for the first time. South of Dordrecht she founded a house which she called the house of the empress. There she offered shelter to girls and women who could develop themselves there. She would become famous for her parties and the greatest artists of her time performed with her. One of them, the singer, poet and warrior Wolfram von Eschenbach, thanked her for her support by including her in his epic Parzival, on which someone like Wagner later based operas.