Sroto - the Sranan Tongo word for ‘lock' ánd ‘key‘ - is the title of a musical performance for two actors and one guitarist. Sroto is the sublimation of the experiences that the Surinamese theatermaker Alida Neslo and the Rotterdam visual artist Arnold Schalks shared in 2008 during their working period with juvenile delinquents of the Juvenile Re-education Centre (JOG) in Santa Boma, Suriname. The project focussed on visual art and theater. In August 2009 - on the final presentation 'Krasi fu fri' - pupils presented their own texts, compostions and drawings to a select audience in the Thalia theater in Paramaribo.

Sroto refers to the situation of the imprisoned pupils as stated in their 'Krasi fu fri' contributions. The core of sroto consists of fragments from their writings. Alida Neslo intertwined their words -alakondre fasi- with those of Hildegard von Bingen, Hugo Claus, Dobru, Aimé Césaire and Dante Alighieri.

Series of 39 images, that were projected on the rear wall during the sroto-perfomance of 35 mininutes, here compressed to a slide show of 2 min. 16 sec. 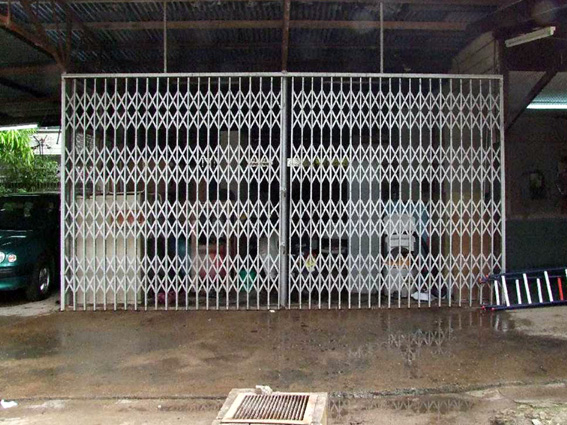 Location for sroto: storage space of the Technical Department in the garden of the Surinaamsche Bank. (photo: Ada Korbee) 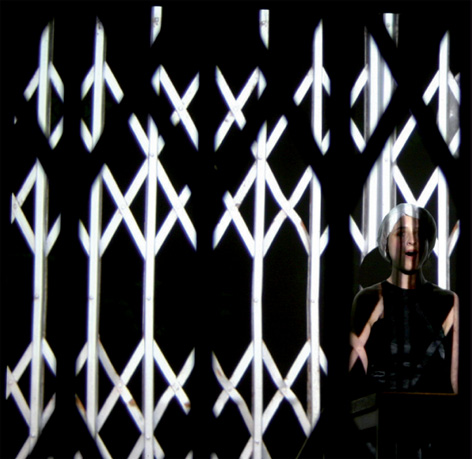 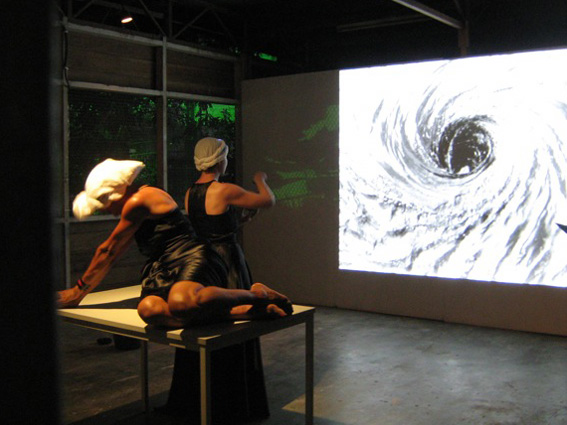 In sroto, classical and traditional spiritual elements are interwoven. By improvisation, recurring movements and repetitive spoken and sung words the actors try to free their souls from the dungeon of the body. The basic figure for Herman Snijders' underlying composition is the closed circle. 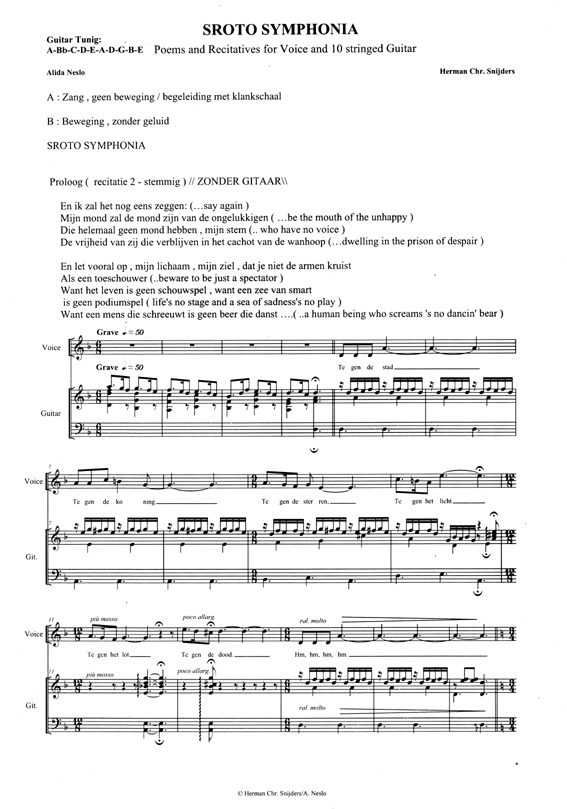 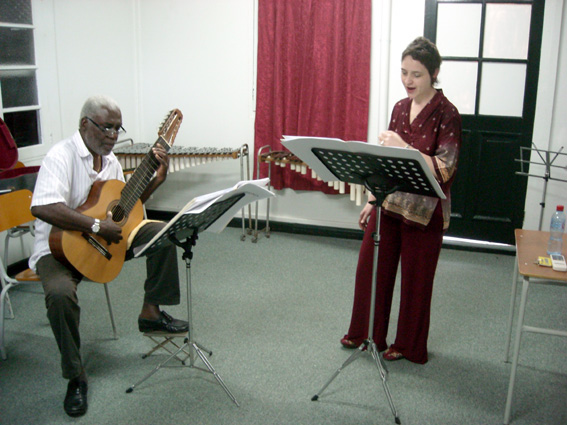 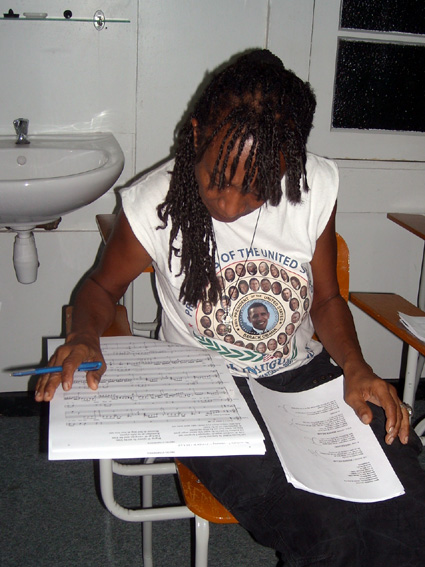 Sroto was the only collaborative contribution to the ParamariboSPAN exhibition. It was conceived and performed on site by a collective of Surinamese, German and Dutch artists. It builds on a Surinamese project initiated by the JOG (Ministery of Justice and Police). Sroto was only performed twice on Friday evening February 26, 2010.